Barangay Sto. Niño is better known as Siyete because it is seven kilometers away from the main town. It is the first barangay reached via the national highway from the provincial capital. Barangay Sto. Niño is seven kilometers from the Poblacion. Two (2) kilometers from the nearest adjacent town of Socorro. Six (6) kilometers from the provincial and national highway.BarangaySto. Niño is a former Sitio of Barangay Nabuslot known formerly as SityoUyamit. Legal basis of creation:  Separated from Nabuslot. Date of ratification: July 22, 1982. No. Of precinct: two (2). It is bounded on the right of Bacungan, and on the South of Pagalagala and on the east of Nabuslot and on the west of Catiningan Socorro. It has seven Sitios namely: Sitio Sta. Ana, Boungainvillea, San Francisco, Violeta, Rosal, Rosas, Gumamela.It has an area of 118, 2094 hectares and is 101% fully plain. Land classifications according to uses are hereunder listed: Residential lot 3,600 has / Commercial lot 0.071 has / Irrigated lot 416.12678h has / Coconut 44.4709 has / Citrus 2,4590 has.  Pola River runs along its boundry with Socorro, PutolnaBato creek is in south eastern boundary with Pagalagala. 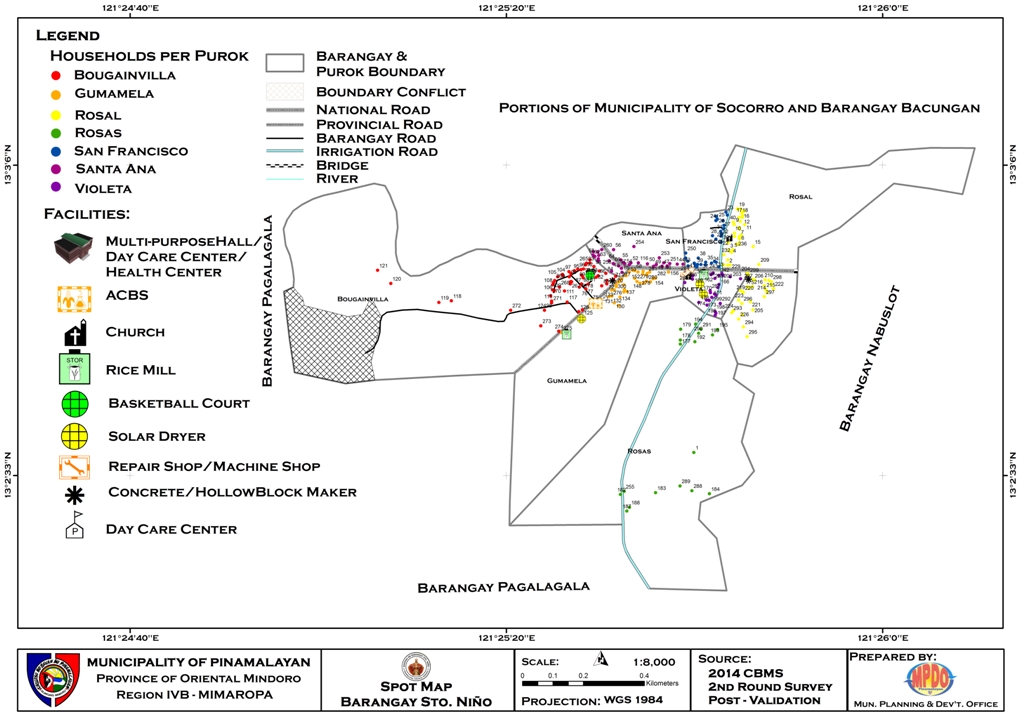